Home
Travel
7 Great American Cities To Relocate To In 2013

Many consider moving to the USA from the UK, to bridge the gap between “two countries separated by a common language”, as George Bernard Shaw famously described them. The surmountable differences between contemporary American and British culture makes crossing the Atlantic stateside an attractive possibility for Brits wishing to start afresh in a new country that remains familiar enough not to alienate.

But which city should you choose? Fortunately, Businessweek.com recently evaluated 100 of America’s largest cities, rating each using data on leisure amenities, economic and educational metrics, crime rates and air quality. The resulting list of America’s 50 Best Cities enables us to highlight 7 great American cities that would make fantastic relocation spots.

Got your passport? Changed your spellcheck to US English? Let’s head over to the land of the free, home of the brave and take a look.

New York, New York, a place so good they named it twice is America’s largest and most culturally diverse city, a vibrant hub of activity that has 22,000 restaurants and 1,200 bars in which to sample the food and beverages of the nation (and a few other nations). Your children will have 103 colleges to choose from and New York University or Columbia University to progress to, while the bustling business, advertising, cultural and fashion centres provide excellent career opportunities for the driven amongst the 8,110,206 population. Want to be a part of it? If you make it here, you’ll make it anywhere. 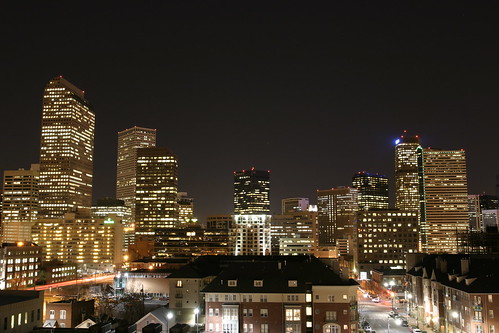 Who wouldn’t want to live in Mile High City, where you can soak up the sun in summertime and hit the slopes of the Rocky Mountains for some serious skiing in the winter? Denver also has an electric nightlife and a wide range of exceptional dining experiences waiting in the 1,741 restaurants. The 597,466 population has a median household income of $58,608. The home of oil tycoons, Molson Coors beers, the Denver Broncos and Red Rocks Park, what’s not to love about Denver? We can overlook the TV series Dynasty. 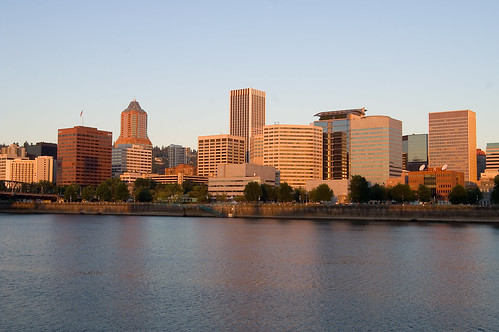 The 598,205 population of Portland are famous for living a chilled life, breathing in the clean air of the Pacific Northwest. Renowned as one of the most environmentally friendly cities in the world, Portland is ideal for the stuffy Brit who wants to get hip by embracing the leftfield art and music scene. Filled with breweries and distilleries, the median household income of $65,554 at least proves the Portland residents find some time for their careers. There’s even a popular major league footie team called the Portland Timbers to support if your cable coverage of the Premier League goes on the blink.

If you’ve watched The Departed you may be wondering how Boston could possibly be at number four. If you know the history of the American Revolution you may have already moved on to number three. However, focus on the potent charm of the cultural centre of New England, the fact that Beantown ranks third in the US liveability rankings (36 globally) and that few regions have so many quality educational institutions, and it should be easy for a Brit with itchy feet to move and hold their own tea party in Boston. The 615,462 population has a median household income of $65,554, needed for Celtics and Red Sox games, epic bar crawls and Harvard, MIT or, er, BU tuition.

If you’re considering moving to the USA from the UK, America’s great capital and seat of power has much to attract Brits looking for a nice place to nestle. But enough about Bush’s lap and Blair, what can today’s UK residents looking to relocate expect to find of interest? Stunning architecture, historical monuments, the Smithsonian Institution and its numerous museums and attractions, tranquil parks, exceptional educational institutions like Georgetown University and John Hopkins, and cultural hotbeds like the John F. Kennedy Center for the Performing Arts, the Washington National Opera and the historic Ford’s Theatre where the final curtain fell for Abraham Lincoln. The 607,731 population has a median household income of $72,110.

Ever found yourself humming a Nirvana tune, enjoying a Starbucks, while Googling Amazon on your Windows PC? Then Seattle is already calling you. Yes, the heavy precipitation of Rain City may be too reminiscent of Blighty for some, but the 624,070 population has a median household income of $90,303, so splashing out on an umbrella isn’t a problem. Boeing and Microsoft provide careers, while jazz and grunge provide the score to a city with a stunning skyline featuring the iconic Space Needle. Add to all this 2,307 restaurants, 219 bars and, of course, the Seahawks and you’ll agree Seattle is a swell place to settle. 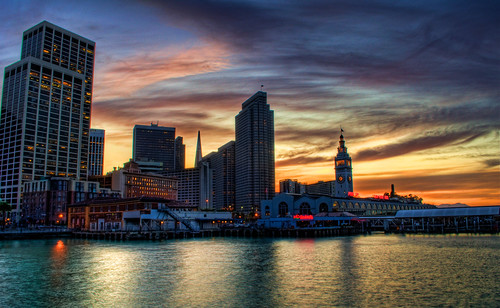 Not convinced London’s Tech City will become the new Silicon Valley? Then why not settle near the original? The beautiful jewel of the Bay Area has a fantastic nightlife, clean air, safe streets, the Golden Gate Bridge, the Golden Gate Park, 17 colleges, the 49ers and the Zodiac hasn’t been heard from in decades. San Jose and Silicon Valley offer great employment opportunities for those with the right skills, but if they don’t work out a career as a beat poet beckons in Haight Ashbury. All things considered, San Francisco, whose 808,854 population has a median household income of $90,640, would be a fine city to relocate to. Be sure to wear some flowers in your hair.