We have all heard so many good stories and facts about Microsoft Windows 8 that most of us have the idea of Microsoft’s new operating system being a total success. For example, we have heard that even though Windows 8 training will probably be a must for many users, this operating system is definitely something you want to master because of its high performance reviews. We have also hear that when compared to Windows 7, the new version of Windows uses less resources and is, as a result, much faster and runs more smoothly on all devices. However, how successful Windows 8 is in the real world? 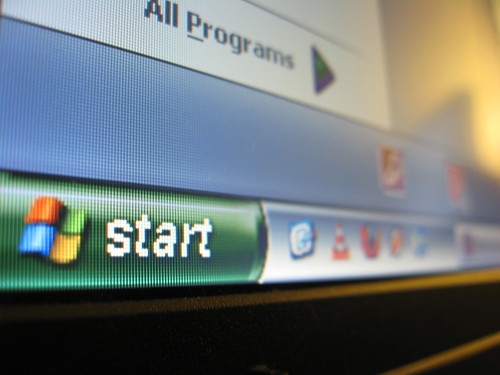 Windows 8 Reviews
First of all, it is important to say that, as it is the case with any other product available on the market, Windows 8 comes with mixed reviews. Some users were blown away in the positive sense, and some of them were less than impressed with how Microsoft did the job with the new version of their OS. Some people like the fact that the new version doesn’t use the Start button at all, while some miss it terribly. Some users report that they are more satisfied with Windows 8 than they were with Windows 7, while others miss the previous version of Windows. All in all, nothing definite can be concluded from the reviews.

How about the Numbers?
The numbers say that Windows 8 was a huge success in the first month after it was released, selling over 40 million licenses during this period of time, but they also suggest that the sales have dropped significantly in the recent months. A recent survey suggests that fewer than 2% of all the computers used in the world are powered by Microsoft 8. When compared to some other statistics, it is logical to conclude that this is not a great success, but it is also important to know that more and more people are starting to use Windows 8 each and every day.

What Do the Experts Have to Say about Windows 8?
Many IT experts have very nice things to say about Windows 8, as the changes introduced were welcomed by the majority of users. The fact that Windows 8 was made with keeping in mind touchscreen devices has been a hit in the tech world. While Windows 7 could be used in a touchscreen environment, Windows 8 is simply brilliant here. However, owing to the fact that there are still many users who will be using Windows 8 only on their laptops and desktop computers, Windows 7 still seems to be the better choice for many of them.

What Does Microsoft Has to Say about the Success of Windows 8?
The interesting thing about this is the fact that Microsoft has officially been very excited about the success of their new Windows OS, but an unofficial report claims that they expected even more success. In the end, it all comes down to what people say and what they prefer. Judging by the numbers and sales, many people will say that they are thrilled to use Windows 8, and this is all that should matter.

Nick has worked with a number of companies engaged in offering a wige range of trainings. This article has been written by him for a company offering windows 8 tutorials