Moving things from one place to another can be as small as piling boxes into the car, or so huge as to require special equipment that is created only for one type of job. Here are four examples of the largest moving jobs in history.

The UNESCO World Heritage site of Abu Simbel consists of two temples that were carved out of a mountain in Egypt in the 13th century BC during the reign of Pharaoh Ramses II. When the Aswan Dam was built, it would flood part of the Nile Valley to create hydroelectric power for the country. The Nubian Monuments would have been completely covered in water and lost to humanity.

In 1968, an artificial hill was made from a domed structure above the Aswan Dam Reservoir. It is to this place the temples were moved. They were carefully cut into pieces and labeled so that they could be properly reassembled in the new location. Huge blocks of sandstone were cut, some weighing up to 30 tons. They were reassembled on a base of steel and cement. 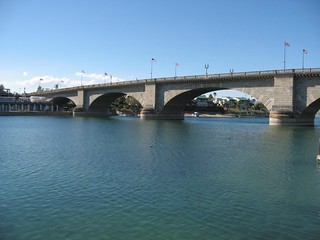 There have been bridges across the Thames River in London for over 2,000 years, but the 1831 bridge is the one they moved to the U.S. It is constructed of granite with five arches. It was 928 feet long and 49 feet wide, but by 1962, it was not strong enough to support the traffic, so it was sold by the City of London to Robert P. McCulloch who founded Lake Havasu City, Arizona. It took three years to move.

The facing stones were disassembled and numbered and shipped to Merrivale Quarry where 15 to 20 centimeters were cut off of most of the original stones. Each stone had four numbers including one for the arch span, one for the row, and the last two for the position in the row.

The bridge was reconstructed in Lake Havasu City in the same way the Great Pyramids were built. There were sand mounds built as molds, which was removed when the work was completed. 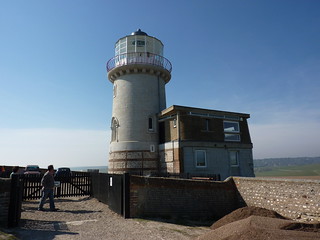 Located at Beachy Head, Sussex, the lighthouse was considered under threat by the erosion of the cliffs in 1999. It was moved 17 meters away from the cliff face by a remarkable feat of engineering.

A system of hydraulic jacks pushed the lighthouse along four concrete beams with steel tops that were constantly applied with grease. The site where it now stands was designed to enable further moving if the Heritage Coast continues to recede due to global warming.

The Marble Arch in London was originally at the main entrance to Buckingham Palace. The arch was too narrow to admit the state coach, so it was dismantled in 1850 and moved to Hyde Park in 1851.

Peter Wendt is a freelance writer and researcher living in Austin, Texas.  During college, Peter used to dread having to move every summer in the brutal Texas heat.  Today, he dreads no more, because he finally found the best moving company in Austin, and has been using them ever since.