Let’s face it. Motorcycle drivers often face danger as they drive because they are exposed when they ride. Unlike automobile drivers that are somewhat protected by their autos’ outer shells, those who are on motorcycles are left with nothing except their helmets and body pads, such as elbow or knee pads. Apart from these, they can easily fly to the air and crash to the ground in case they get involved in a road traffic accident. So, you can expect that motorcycle drivers will sustain more serious and oftentimes fatal injuries in case of road mishaps. 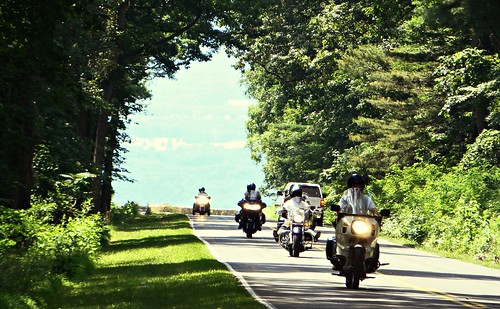 There are ways to become a more careful motorcycle driver. What you should keep in mind is that there are common causes of motorcycle accidents, and these are the things that you should always prevent or avoid.

1. Overtaking
So, you are in a hurry and you rev up your bike’s engine because, well, you don’t want to be late. You swerve and swing from side to side through very busy streets, like an actor in one of those spy/action movies. Before you overly fantasize about being a brilliant bike rider, consider your wellbeing and the safety of other drivers as well. Did you know that overtaking is one of the leading causes of motorcycle accidents? When you overtake and something goes wrong, you endanger yourself, other vehicle drivers, as well as pedestrians.

2. Aggression
Driving and aggression should never come together. If you are stressed, you might find yourself less patient with others. Avoid getting into fights with other drivers, which could end up in a dangerous race just so you can prove that you’re the better driver. Another issue about aggressive driving concerns taking foolish chances. For instance, you’re approaching an intersection and you see the yellow light blinking. Instead of slowing down, you make a run for it. Or maybe you find yourself behind a slow-moving truck. You think – “I should overtake. I know I can make it.” You move to the truck’s left side and make a dash for it. Suddenly, the truck makes a left turn, which spells disaster. Or maybe you try to overtake the truck but then another vehicle appears in front of you, and you might get into a major collision.

3. Blind Spots
Motorcycles are smaller and so they are harder to see, especially when beside or near bigger vehicles. Large SUVs and automobiles, trucks, buses, and vans all have blind spots, which a bike rider must be aware of. What are “blind spots”? These refer to areas or sections that a vehicle driver cannot see from his seat. A person operating a giant truck will not be able to see the area on the right or left of his vehicle, particularly the spaces near or just below the side mirrors. A biker who drives beside a huge truck should not drive too closely because the vehicle could easily run him over when taking a left or right turn.

4. Skidding
Making a turn too quickly or driving too fast on bumpy roads can be pretty dangerous for motorcycle drivers. They can easily lose their balance in such circumstances. Once they lose control of their bikes, they might fall and hurt themselves, skid and get run over by other vehicles, or slide and cause a more serious road accident that involves many automobiles and bystanders.

Claire Winters has been doing freelance jobs since 2008. She blogs about a variety of issues, including car and motorcycle accidents and insurance. She also writes for Allstar Insurance that offers insurance to vehicle drivers, as well as boat and homeowners.