If you know a geek and are looking to buy them gifts that they’re going to go Vulcan crazy for then this list might be for you. Obviously there is a lot of cool product out there for a geek so it’s not by any stretch exhaustive, but you’ll get more than a few ideas for that the nerd in your life is going to dig! 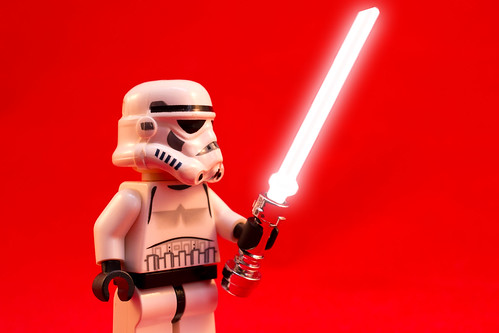 Simple as. If your geek doesn’t like Star Wars, they’re not a geek. It’s been a lie all these years. Anyone who has a face of disappointment when presented with a lightsabre is just not right. There is a vast array of variations of the Jedi’s favourite weapon available to those searching for such things. It’s important to know your geek well enough that you’ll be able to choose the right shape and most importantly colour… do you know them that well? If not maybe you’re not the friend you thought you were.

A brilliant gift. However think geek when buying. The whole black and white standard isn’t going to cut it in the world of the geek. You need something a little extra, you need a themed chess set. A chess set that says something about your recipient’s tendencies toward the retro, kitsch and sci-fi based. Go with a set that has characters from their favourite videogame, TV show or film. There is an abundance of different chess sets out there… you just need to choose one, decisions decisions…

Videogames are pretty geeky, but they’re forever becoming more and more mainstream which is why the true geeks distinguish themselves by occasionally dipping into the world of retro gaming. They still remember the world of NES and Master System. The retro joys of 8 and 16 Bit gaming. If they don’t own their own then buying a geek a classic console is going to warm their heart like little else!

There are too many titles to mention, but if they don’t already own titles such as Labyrinth, Dark Crystal, The Princess Bride, the Back To The Future trilogy, the first three Alien films, War Games, Star Trek: The Wrath Of Khan, Akira, Office Space, Serenity, Brazil, 2001: A Space Odyssey and Blade Runner you know where to start.

As geeks grow up they are to some degree forced to shed their love of the fantasy and sci-fi based, however thankfully smart-ass designers have met them halfway. Out in the land of groovy products you’ll find plenty of practical and function items designed for use in the grown-up world of house ownership that pay homage to all sorts of the good and the geeky. Whether it be a Game Of Thrones inspired drinking horn or a coffee table that resembles Han Solo frozen in carbonite you’ll be able to find something to keep the aging geek more than happy.

Buy your geek a present they’ll love by following the guide above and you’re sure to have a very happy nerd on your hands, as well as a home full of difficult to match items.

Tommy Holliday loves being a geek, which is why he’s the man at Find Me A Gift charged with curating the great range of gifts for geeks they stock.