You stare at your son’s report card in disbelief. “How could my son be labeled socially awkward? Doesn’t play well with others? What the . . .”

How could your son not fit in? He is smart. (He learned to read at 3.) You even bought the right shoes and clothes, gave him the right haircut, and taught him how to high-five. Sorry to break this to you mom, but you didn’t buy all this stuff for your son, you bought it for his classmates–so they wouldn’t feel uncomfortable around the kid with strange clothes. Unfortunately, the fact that your little Bobby likes to read books with big words rather than play tag is his crime. How did you possibly expect him to fit in when he likes to read?

Standardized Tests – Standardized Students
What you failed to realize is that Bobby doesn’t fit in because he is Bobby: extraordinary, gifted, different, socially ambivalent, and one who dreams big and stays quiet about it. What? You didn’t see this coming? Too bad the environment of most schools is such that they prefer conformance to performance.

Parents and society should be alarmed (but they aren’t) that the buzzword in US education is “standardized.” We have standardized tests that determine standardized performance so that your son’s teacher can get her standardized raise. The curriculum is standardized, as well as the assignments. It may sound harsh, but the school system is trying to pound your non-standard child into a standardized hole. Even though your son comes home happy every day, we feel if he were more like the other kids he would be happier. 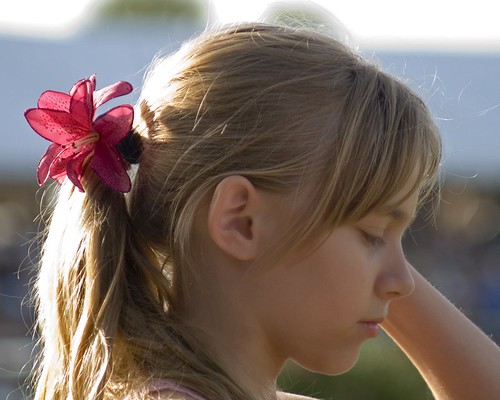 Your Non-Standard Child
Your child may be brilliant, but his brilliance isn’t balanced. We are going to focus mostly on where he is lagging behind. We don’t want him to bring his own reading material to school anymore. He should read the same material the other kids read. We want him to play the same games and participate in the same activities as the other kids so that he will fit in. It will be so much easier for him in the future.

When Bobby brings home his new report card, the news is much better. He is interacting more with the other kids and no longer spends time alone. The teacher is pleased. She recommends following the same course in the future. You couldn’t be more delighted. You take your boy into your arms and tell him how proud you are. He just shrugs and goes to the den to watch television.

But don’t you miss your son? That’s not Bobby. That isn’t the boy who sat on your lap while you taught him to read. He doesn’t come home happy anymore. He just comes home. If you look closer, he is suffering from the head trauma that comes from being a square peg in a system that only has round holes.

Finding a Square Hole
Why doesn’t your son fit? Maybe he has Asperger’s or OCD where a laser focus may produce amazing results but at the expense of the comfort of others. Maybe he just gets bored with activities that don’t seem to have relevance. Regardless, the daily pounding he receives to force him into conformance is now causing serious emotional problems. He is acting out and getting into trouble. But he was so smart! What went wrong?

As long as we are asking questions, how about this–what is wrong with a square hole? I know, I know, it isn’t standardized. There might be perfect squares and odd-sized squares. It might even be a triangle. But is there such a place where being a square peg is not only acceptable but even encouraged? If your child is a square peg, wouldn’t that be the preferred option?

There are schools for square pegs. They aren’t a one-size-fits-all school. They focus on your child’s strengths, sharpening the corners instead of trying to round them off or pound them into the wrong hole. So, find a place where your unique child will fit in.

Claire Smith is a freelance writer and nurse who specializes in psychology. She writes about a variety of topics, but she focuses on issues that influence the youth of today. She also provides material for organizations or groups that aid kids with special needs, such as The Discovery Academy.