Below are 5 of the weirdest experiments in the annals of psychological history. Warning – the details may be disturbing to some readers.

The Milgram Experiment
This is considered one of the most unethical experiments using human subjects. Begining in the early 1960’s, Milgram took two volunteers and assigned them to separate rooms after a brief introduction to each other. One was placed in an electric chair and was told to answer questions. Incorrect answers would result in electric shocks that would be “painful but not damaging.” The other was assigned to be the questioner who administered the shocks from another room by use of buttons with a voltage meter attached. Each wrong answer from the subject would result in a higher voltage shock being given. In truth, the subject answering the questions was not being shocked at all and was aware of the study. It was the “interrogators” who were being studied. The questioners heard the subjects begging them to stop and screaming in pain. When the interrogators asked if the subjects were alright and asked if they should continue, they were told the experiment required them to continue. Eventually the shocks moved the voltage meter into the zone labeled for danger. One subject screamed he was done participating and he refused to answer more questions. The interrogator was told a non-answer should be classified as a wrong answer, and a shock was to be delivered as usual. The subject continued to be silent and the interrogator continued shocks up to 450 volts. The study consisted of over 1000 subjects, and 2/3 of them met the 450 volt shock level. Milgram proved many Americans were capable and willing to torture because they had been told to do so, even though they could have ended the test at any time. 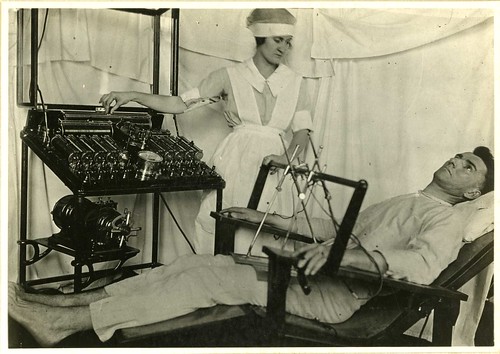 Project MK Ultra
This project also took place in the 1960’s. The CIA wanted to know the effects of use of recreational drugs, so they gave them to people without the subjects’ knowledge or consent. The CIA administered LSD to their own employees, prostitutes, the mentally ill, military personnel and members of the public and then studied their reactions. When volunteers were not available, the CIA set up houses of prostitution to drug the subjects and observe their behaviors through one way mirrors. The CIA theory was that the subjects would be too embarrassed to speak of their experience or complain about what had been done with them. This experiment violated articles of the Nuremburg code and was so unethical that the CIA destroyed all files about it in 1973.

The Harlow Monkey Baby Experiments
These experiments studied the effects of maternal affection deprivation and social isolation on baby monkeys. Researcher Harry Harlow began by separating baby monkeys from their mothers, and offering them various artificial items to see if the babies would develop normally. One such substitute was called “The Iron Maiden” and was covered in spikes and blew cold air on the babies. Harlow wondered if the baby monkeys could love the “evil mother.” He found they could because no matter how bad the “evil mother” tortured them the babies would not let go of her. Harlow then invented his “Well of Despair” to try and induce clinical depression in the monkeys. The well was a trough with a lid and baby monkeys were placed inside for up to 6 weeks with no contact with the outside world. Not surprisingly some became psychotic; many never recovered and could never be integrated back into a group. They had to remain isolated for the rest of their lives. Harlow never acknowledged his work was unethical and spoke openly of his dislike for animals. His only concern, he stated, was that the monkeys produced research results he could publish. Other scientists criticized that his work would not accurately generalize to humans.

Recording the Heartbeat at the Moment of Death
John Deering was to be executed by firing squad on October 31, 1938. He smoked his last cigarette, was strapped to a chair and had a black hood placed over his head. A target was pinned to his chest and a guard attached electrocardiogram (ECG) sensors to Deering’s wrists. Deering had volunteered for this experiment, which was to record his heartbeat as he was shot by the firing squad. The prison doctor, Dr. Stephen Besley, was responsible for overseeing this study and the reasoning was that Deering was being executed anyway so it might as well benefit to science.

The ECG showed that although Deering appeared calm during preparations for the execution, his heart was racing at 120 beats per minute. When the order to fire came, his heartbeat sped up to 180 bpm. As the 4 bullets that hit Deering connected, one hit the right side of his heart directly. Deering’s heart spasmed for 4 seconds then the heartbeat gradually decreased. After 15.4 seconds the ECG showed the heart had stopped.

Monkey Head Transplants
Russia and the United States had a well documented space and arms race. Less well known is the two headed animal surgical arms race. Vladimir Demikhov started the experiments with two-headed dogs in 1954. Not to be outdone, the American government funded the work of Robert White, working at his brain research center in Cleveland, OH. This resulted in the world’s first monkey-head transplant on March 14, 1970. White and his team separated first monkey’s head from its body, and attached it to a different body. The monkey awoke from surgery, found its body switched, and began angrily tracking White with its eyes and snapping at him with its teeth. When the study became public there was horror at what White had done. He continued to campaign for support for a human head transplant and arranged a quadriplegic for his head volunteer. No volunteers to be the body were found. Here is a video of Dr. Robert White.

Joseph Banks is well respected in the psychology community. Having practiced as a counselor prior to changing careers to become a criminal profiler, he has been schooled on several aspects of the subject and has written for BestPsychologyDegrees.org to help others find the best education available.