Being arrested for driving under the influence is a serious crimes in the state of Pennsylvania that can result in serious consequences. If you have been arrested for this crime, then you need to hire a Harrisburg, Pennsylvania DUI lawyer. 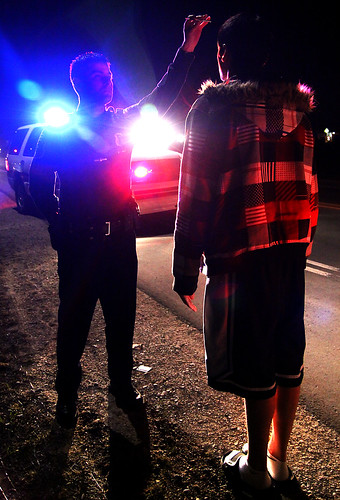 Continuing to Drive
If you have been arrested for a DUI, your driver’s license will not be temporarily suspended. Pennsylvania’s suspensions for DUI are all conviction based which means your license will not be suspended unless you are convicted. This is different for an alleged refusal to give a breath or blood result. If you are alleged to have refused to give a breath or blood result and the officer has turned that in, PennDOT will send you a letter in the mail letting you know when your license will be suspended. It is up to you to appeal this within the 30 day mail date. Otherwise, you will lose your license even if you win your DUI case or if the DUI gets dismissed. You cannot miss that deadline. There is no bread-and-butter license for a refusal. If you miss this deadline, you are out-of-luck.  This can be an incredibly difficult if you need your vehicle to drive to and from work.

Consequences
The consequences rest on the number of offenses on your record as well as the recorded blood alcohol content (BAC) that you tested. It is illegal to drive with a BAC of over .08% in the state of Pennsylvania. However, there are several penalty tiers that are used depending on what your BAC was.

How a DUI Lawyer will Help You
The  Harrisburg, Pennsylvania DUI lawyer will fully investigate your case, including speaking with the arresting officer. The officer must have had a valid reason for pulling you over. If he or she does not have a valid reason, it is a violation of the fourth amendment, which states that an American citizen cannot be seized without cause. The lawyer will also check the BAC test that you took. The lawyer can look at any of the videotape recorded from the police vehicle of the road test. If it seems like you passed the road test on the tape, then the lawyer can argue that the tests did not justify the arrest. If you are found guilty, a lawyer will be able to help reduce the sentence. We will research the details of your case in order to build a proper defense.  Some of the possible questions that your attorney may bring up at trial are:

ñ  Did the officer have probable cause to stop the vehicle?

ñ  Did the officer follow the proper procedures and guidelines?

ñ  Did the officer or technician conducting the test follow the correct procedure?

ñ  Was the testing equipment in proper working order?

ñ  Is the police report consistent with the dash cam video?

Besides these, an experienced DUI lawyer will take a hard look at the evidence and fight to protect your rights and protect you against false prosecution.

Ashely Wilson is a part of an elite team of writers who have contributed to hundreds of blogs and news sites. Follow her @AshelyMarie1985 to see what else she has to say!