Have you ever wondered where the hottest places on earth are?

According to the World Meteorological Organisation (WMO) the hottest place on earth is Death Valley in California where temperatures reached a staggering 56.7C in 1913!

It will therefore come of no surprise to learn that the majority of places where temperatures reach staggering heights are desert locations which are usually uninhabited (for obvious reasons!) by humans. The majority of deserts are located between 5 and 30 degrees to the north and south of the equator in subtropical zones and as well as being uninhabited are unable to support much plant or animal life. And the reason why these deserts reach such high temperatures is because these areas are dry and are exposed to a lot of heat and lack moisture all year round. 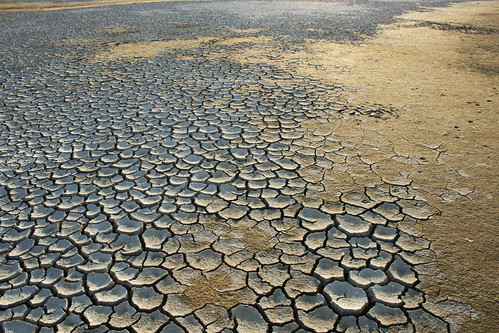 Death Valley, California – America
Death Valley is the lowest and driest valley in America and a place like no other. It has been suggested that it looks like somewhere from another planet with its huge sand dunes, mountains and volcanic rock. It is also home to the aptly named Devil’s Golf Course which is a salt lake so rough and jagged it is felt that only the Devil could play golf there.

El Azizia, Libya – North Africa
El Azizia is capital to the desert area of Jafara which is approximately 25 miles south of Tripoli in Libya. El Azizia is known to have a burning sandy wind that has been named “ghibli” which can appear quickly and raise the temperature by 20C within hours. Amazingly, 300,000 people live here in these intense weather conditions.

Temperatures in El Azizia have reached 57.7C (although, this not official recognised by the WMO).

Ghadames, Libya – North Africa
Ghadames is located in the middle of a desert in Libya and is home to around 7,000 inhabitants. These inhabitants live in houses that are made with thick walls made from mud, tree trunks and lime to try and keep out the suns heat. Roofs between dwellings are interconnected in an attempt to keep out the intense heat. Ghadames is a peaceful and beautiful place and as such is recognised as a UNESCO World Heritage Site.

Temperatures in Ghadames have reached 55C.

Kebili, Tunisia – North Africa
Kebili is a desert oasis with a population of 18,000 located in North Africa. The inhabitants battle with the heat and tips for survival have been passed down from generation to generation in the 200,000 year historic settlement. The main tip for survival is to stockpile of water to ensure that a constant body temperature is achieved.

Temperatures in Kebili have reached 55C.

Timbuktu, Mali – Africa
Timbuktu which is located on the southern side of the Sahara Desert and the temperatures regularly reaches 42C in summer and 30C in December and January. 40,000 people live in Timbuktu where the heat and lack of drinking water is attributed to the high number of deaths and illnesses bought about by the intense temperature.

Temperatures in Timbuktu can reach 55C.

Tirat Tsvi, Israel – Asia
Tirat Tsvi in Israel is located 220 meters below sea level and is known to be the hottest place in Asia. With only a small population of just over 600 people it may be surprising to know that it is the largest grower of Dates in the whole of Israel as the hot climate allows for great harvesting of its 18,000 Date trees.

Turpan, Xinjiang, China
Turpan in China is located on the border of the Gobi desert and is the hottest place in China. Turpan has arguably one of the driest climates as it only experiences less than 10mm of rain a year. However, the climate means that it is the ideal place to grow the sweetest grapes and raisins in the whole world.

Temperatures in Turpan have reached 50C.

Dallol is a searing equatorial desert and is one of the lowest places on the earth surface that is not covered by the sea. Dallol has a landscape of sulphur and white salt beds where earth tremors are frequently felt below foot. The area is also home to some active volcanoes.

Temperatures in Dallol have reached 41C.

These places are all renowned for being some of the hottest on earth. However, many experts argue that it is hard to exactly locate the hottest place on earth because some of the climatically harsh environments are so remote and difficult to access that weather stations have not been established there. This may be true, but one thing is for sure you wouldn’t want to visit any hotter places than these!

Gordon Woods is a keen adventurer, enthusiastic in outdoor pursuits and mountain climbing he loves to challenge himself and push the limits of human exploration. He writes for Fluke, a manufacturer of thermal imagining, infrared thermometers and pyrometers.