The Top 5 Temples in Cambodia 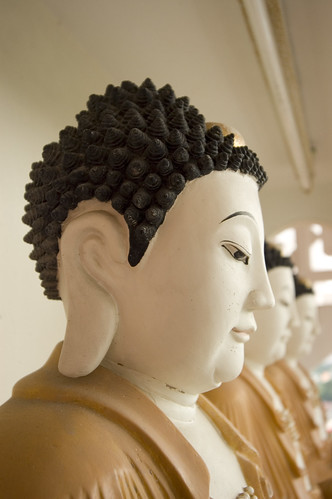 1. Angkor Wat
In order to honour the Hindu god, Vishnu, Suryavaram II had this temple built. Consisting of 5, concentric walls and moats that are rectangular in shape, representing a system of cosmic mountains and oceans, Angkor Wat is indeed, a sight to behold. Adorning Cambodia’s national flag, the temple is a source of great National pride for the country’s inhabitants and is also one of the top tourist spots in all of East Asia. Siem Reap, a local colonial town, is a must-see if you’re visiting Angkor Wat as it allows you to experience some contemporary culture as well as historical.

2. Bayon
The forest of towers that are found within the walled city of Bayon, depict the face of the king alongside poetic messages of the highest spiritual worship. This site in Angkor is truly sacred and as well as tourists, many religious people make pilgrimage here, to pay their respects to the Gods. Here, uniquely, the teachings of Buddhism and Hinduism coexist in a spiritual harmony like no other – this is clearly visible in both the monolithic carvings and spiritual texts carved at every turn. The best way to get around this and many other areas is to take a temple tour, many of which are guided, which is what I’d recommend.

3. Preah Khan
When he defeated invaders from Southern Champa – a region that is now known as Southern Vietnam, King Jayavarman supposedly had this temple built. It is believed to be one of his creations as it is adorned with inscriptions and images of him and his exploits. As well as being a sacred place of worship, Preah Khan was also used as a university, where students could study a wide range of disciplines including Buddhist, Vaishnava and Shaiva teachings. Prasat Preah Stung is a place that you must visit, as is also has fine examples of Bayon towers.

4. Banteay Srei
Otherwise known as the temple of women, Banteay Srei is an indisputable jewel of Khmer art. Built by a scholar, this particular temple is very unusual, in that the courtier was also a wealthy courtier who served the king of Cambodia. The beautiful reliefs that adorn the walls and pillars of the temple, almost spring to life. Built in 967 this site is considerably older than many of the other sites in Angkor and as such, is somewhere that shouldn’t be missed on any itinerary when travelling around Cambodia.

5.  Ta Prohm
The final temple on our list was completed in the 12th century by the Khmer monarch. The grounds themselves, it is said, were dedicated to the monarch’s mother and the much revered Khmer Goddess of Wisdom. Situated at the heart of the dense Cambodian jungle, the Temple draws tourists from far and wide. The population of the area was as little as 12,500, which made for a very close yet spiritually aware community – perhaps we have something to learn from them. One particular highlight of this site is the huge central stone pillar which implores the monarch’s successors and their followers to protect and continue to worship this sacred site.

Getting to Cambodia couldn’t be any easier than at present – all you need do, is travel to your nearest international airport, leave your vehicle in the car park and set off on your timeless, spiritual journey through antiquity.