Last year’s Pew Internet Project found that 45 percent of adults in the U.S. own smartphones. In addition to smartphones, 25 percent of Americans own tablets. Mobile device sales outpaced PC sales for the first time in 2011, and the trend doesn’t seem to be changing. The Internet, along with its scams, has gone mobile.

Every year, the Better Business Bureau compiles a listing of the top online scams. The scams they choose aren’t necessarily the most widespread; instead, they choose the scams that the council deems “most egregious.” This article focuses on the Top 3 online scams from the BBB list with a spotlight on those that hijacked social media and all things mobile. 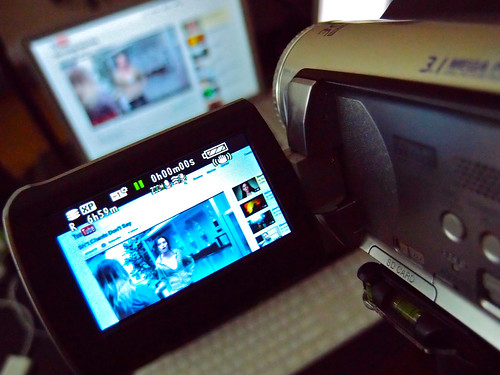 Third Place: President Obama Will Pay Your Utility Bills
The U.S. split almost evenly last year when choosing between Republican Mitt Romney and Democratic incumbent Barack Obama. In many cases, people chose a candidate based on his philosophy about the role of government. Should government give people a hand, or should government let people pull themselves out of poverty?

Almost always, abstract views about government tend to change when a person’s pocketbook is hurting. Last year’s third place online scam claimed that President Obama, through a new federal program, would provide credits of up to $1,000 that people could apply to their outstanding utility bills. In addition to touting the fake program on social media, scammers used text messages and phone calls to obtain people’s personal information. They even showed up at victim’s homes, collected Social Security numbers and other sensitive data and promised access to a phony bank account through which victims could transfer money to their utility companies. Even though some victims received payment confirmations, the bank accounts were a hoax. Potentially thousands of people put themselves at risk for identity theft.

Second Place: Phony Viral Videos
So you’re walking out of your neighborhood’s busiest coffee shop with a large latte in your hand. You trip over something on the sidewalk and fall. As you crash face-first into the ground, your latte flies out of your hands, soaking several passersby. Of course, someone is filming this catastrophe on a cell phone the entire time.

Do you ever fear becoming the star of a viral video? Do you fear that “Clumsy Latte Lady” could end up with millions of clicks on YouTube? Scammers took advantage of that fear by private messaging people on Twitter claiming that someone had posted embarrassing videos of the recipients on Facebook. People would click the link given in the Twitter message and would be directed to a page that told them to download the latest version of Flash or another video player. When they clicked to download the video player, they would actually download a virus or other malware. “Viral video” took on a whole new meaning.

First Place: Newtown Donation Scams
Scammers can be cold and cynical, but those who set up misleading social media pages to solicit donations for the victims of the Sandy Hook school shooting in Newtown, Conn., took shady to a whole new level. Last December, police arrested New York City resident Nouel Alba, a woman who asked for donations while claiming to be the aunt of one of the children who died. She communicated with her victims via Facebook and text message, but police have not said how much money she collected. The audacity of Alba and those like her made the Newtown scammers 2012’s top online charlatans. Like the other scammers who hit mobile platforms, these charlatans took their shows on the road.

Tina Jackson currently works as an undercover security guard to protect businesses from shoplifters. She has also written several articles to help safeguard her readers from criminal activitiy and has contributed to the best online criminal justice programs for those who wish to use the flexibility of online programs to gain the education necessary to help fight crime.